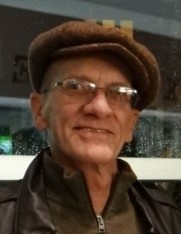 Per his wishes he will be cremated and a celebration of life will be 2-5pm July 10 at Franks Pizza in Silvis.

Thomas was born February 6, 1947 in Moline, IL the son of William and June (Thompson) Ware. He was raised by his stepparents Charles and Edith Crider. Thomas married Sally Shelangouski June 25, 1966. He worked at Case IH as an assembler and repair man, retiring after 36 years. He was also the co-owner of Bike’s Unlimited Plus in Silvis.  He was an avid antique Triumph motorcycle mechanic and restorer. He also raced scramblers, enjoyed long distance rides, playing pool, playing the harmonica, and was an avid St. Louis Cardinals and Chicago Bears fan.

To order memorial trees or send flowers to the family in memory of Thomas Ware, please visit our flower store.