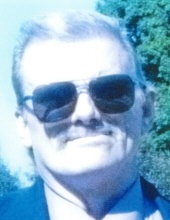 Cremation rites have been accorded and a memorial service will be held at a later date. Memorials can be made to the family. Quad Cities Cremation Center is assisting the family.

He is survived by his mother, Janice; father Marvin and stepmother Teresa; daughters, Amber Bundy and Alicia Bundy; grandchildren, Sean, Aiden and Savannah. He was preceded in death by his brother, Marvin; and grandparents.

To order memorial trees or send flowers to the family in memory of Terry Bundy, please visit our flower store.