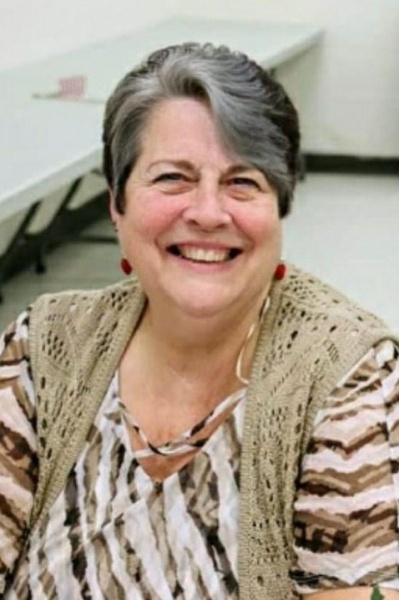 Rose Reasor, age 67 passed peacefully at home surrounded by family on December 1, 2021. A memorial service will be held at the Rock Island Conservation Club on Sunday, December 12, 2021 from 1 pm to 5 pm.

Quad Cities Cremation Center is assisting the family with arrangements.

Rosella was born on September 23,1954 in Toulon. Illinois. She was the daughter of Edna Dennis (bonus dad Chris Dennis) and Clifford Wilson. Rose was soon joined by her sister Denise and a few years later, brother Kevin. Rose married the love of her life, Jerry on December 31, 1990. Rose had many different jobs throughout her career, many of them as a secretary in the construction business. Most recently she worked for the State of Illinois Arbitration Center. Rose had many interests in her life – camping with her family, crafting, and being involved in different car clubs. She was president for the Quad City Cruisers and was a member of the Bi State VW Car Club.

In life she loved to scare us. In death she promised to haunt us. We will be waiting.

Rose was proceeded by parents Edna and Chris Dennis and Clifford Wilson.

To order memorial trees or send flowers to the family in memory of Rosella Reasor, please visit our flower store.