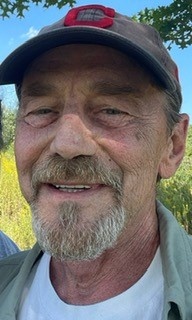 Robert Wayne Shreffler, 68, passed away peacefully in his home with his daughter by his side on January
19, 2022, after a 19-month battle with lung cancer.
A celebration of life will be planned at West Lake Park in the spring.
Robert was born to Ronald and Susan Shreffler on August 20, 1953, in Cleveland, OH. He spent his
childhood and teenage years in Cleveland, moving to the Quad Cities Area with his wife and daughter in
1980. He became widowed in 1982 and devoted the rest of his early to mid-adult years to raising his
daughter Alicia.
Robert was an artist and held a high value for nature, including both plant and animal life. He loved
hiking at Metro Parks in Cleveland, OH while living in that area and spent several days per week hiking
and exploring West Lake Park in Davenport, IA for the last decade of his life. He also enjoyed gardening
and was able to assist in creating beautiful landscaping and greenhouse room for Taylor Renaissance
Apartments where he lived the past 10 years.
Robert is survived by his beloved cats Rocky and Smokey, daughter and son-in-law Alicia and Jeff
Duyvejonck, granddaughters Hanna Shreffler, Chandra Duyvejonck and Kylie Duyvejonck, stepmother
Patricia Shreffler, sisters Janet Graven, Kristi Couch and Kari Wolf and numerous nieces and nephews.
Robert was preceded in death by his wife Deborah Shreffler, his mother Susan Spurrier and his father
Ronald Shreffler.

The family would like to thank Genesis Hospice and his nurses Stephanie and Tammy for the excellent care and support Robert received at the end of his life.

To order memorial trees or send flowers to the family in memory of Robert Shreffler, please visit our flower store.