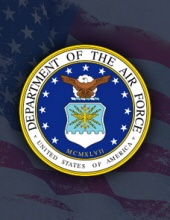 Per his wishes there will be no services and cremations rites will be accorded. Quad Cities Cremation Center is assisting the family with arrangements.

Richard was born July 15, 1932 in Moline, IL the son of William and Lillian Gibbs Shepherd. He served in the Air Force during the Korean Conflict. Richard married Delores Schmiers July 18, 1959 in Rock Island County. She passed away in November of 1989. Richard worked for the railroad and George Evans shop assembly line. He enjoyed fishing, hunting, NASCAR and was an avid outdoorsman. Even in his later years with failing health, he always kept a positive attitude and sense of humor. He was loved by many and will be missed.

Richard was preceded in death by his parents, wife, grandson David Gibbs and a brother Bill Gibbs.

To order memorial trees or send flowers to the family in memory of Richard Gibbs, please visit our flower store.