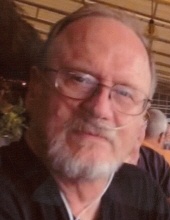 Per his wishes, his body was donated to Gift of Hope, so others may live through him. Cremation rites will be accorded and a celebration of life will be held at a later date. Quad Cities Cremation Center is assisting the family with arrangements.

Richard was born Sept. 21, 1948 in Rock Island the son of Leland and Katie Albertson. He was a disabled vet serving in the Navy. He married Marla Albertson in 1974. Richard worked as a machinist at the Rock Island Arsenal for 36 years retiring in 2013. He was a member of the Geneseo Moose Lodge. Richard enjoyed time with his grandchildren and playing guitar and fishing.

To order memorial trees or send flowers to the family in memory of Richard Albertson, please visit our flower store.