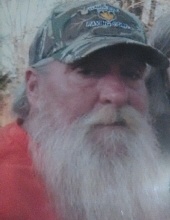 Randall L. "Scales" Stockwell, 61, of Matherville passed away June 28 at his home.

Scales wanted a big party July 8 from 3-7pm at the Eagle's Hall in Matherville. Bring your stories, everyone has a favorite. Quad Cities Cremation Center is assisting the family with arrangements.

Randall was born Nov. 15, 1955 in Rock Island, IL the son of Robert and Doris Stockwell. He married Margaret Murphy Jan. 29, 1997 in Aledo. Scales was a heavy equipment operator at Hawkeye Paving for 22 years. He enjoyed string line airplane flying and loved music playing bass and many other instruments in local bands in the area.

Scales is survived by his his wife Margaret. He loved his children very much even if they weren't his. Almost every kid in town called him uncle scales. He adored his step children Eli, Veronica and Erica and he thought the sun and moon rose and set on his grandchildren Cullen, Liam, Samantha, Jillian, Sofie, Tristan, Dominic, Maranda, Tyler and Kayla. Scales took pride in being the black sheep of the family, but every man he worked with was his brother.

He was preceded in death by his parents and grandmother.

To order memorial trees or send flowers to the family in memory of Randall Stockwell, please visit our flower store.