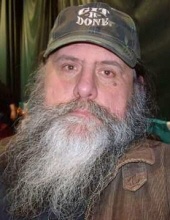 Peter W. Wailand, 62, of Cambridge, IL, passed away, Tuesday, January 31, 2017 at Hammond-Henry Emergency Room, Geneseo. As per his wishes, cremation has been accorded by Quad Cities Cremation Center and no services will be held.
Peter was born on February 11, 1954 in Davenport, IA, the son of Henry and Ruth Wailand. He was united to Peggy S. Tayler on September 9, 1979, they later divorced. He was a lifelong truck driver, driving for various trucking companies as well as independently, and lastly driving for Schnowske Trucking in Cambridge. Peter loved his dog, Jake.
He is survived by his sons: Mitchell D. Wailand of MN, Jarrad Wailand of MN; former wife: Peggy Wailand; brothers: Russell Wailand of GA, Craig Wailand of WA.
He was preceded in death by his parents, 1 brother, and 1 sister.

To order memorial trees or send flowers to the family in memory of Peter Wailand, please visit our flower store.