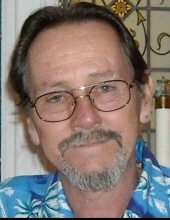 Per his wishes there will be no services and he will be cremated. Quad Cities Cremation Center is assisting the family with arrangements.

Peter was born May 8, 1956 in Rock Island, IL the son of Joseph and Dorothy Patton McWilliams. He married Cindy Johnson, they later divorced. He then met the love of his life Jimmie Jo "JJ" Belman.

To order memorial trees or send flowers to the family in memory of Peter McWilliams, please visit our flower store.