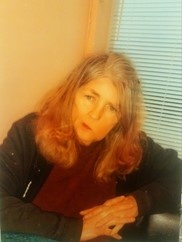 Patricia Jean Leonard, 73, of Davenport died Friday December 18, 2020 at her home, surrounded by her family.

Patricia was born on February 21, 1947 in Davenport Iowa to Norma Anderson. She was a caretaker and worked in retail.

She could be found playing bingo, or late-night casino runs with her family. With her big heart, she could never say “no” to anyone asking for favors, therefore she ran late and was darn proud because she knew everyone she helped along the way. She loved her family dearly and rarely missed an event for her children, grandchildren, or great grandchildren.  She loved organizing family gatherings and Holidays with family were always her favorite. She especially enjoyed Christmas Eve with food, good company and a special visit from Santa Claus. She was very witty and would catch you off guard many times, her laugh and smile were infectious. Her kind and compassionate spirit will live on through the legacy that she has built.

A private ceremony has been hosted by the immediate family and a celebration of life will be held at a later date.

To order memorial trees or send flowers to the family in memory of Patricia Leonard, please visit our flower store.