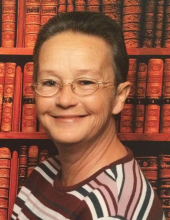 Per her wishes she will be cremated and there will be no services. Quad Cities Cremation Center is assisting the family with arrangements.

Norma was born April 4, 1957 in Rock Island, IL the daughter of Elmer and Florence Fay Durbin Brown. She married Martin L. Christiasen, he passed in 2014.
Norma worked as a CNA in the orthopedics department in Irving Texas and later as a housewife. She enjoyed sewing, baking, pottery, and cookouts. She especially enjoyed spending time with her family and cooking for them.

To order memorial trees or send flowers to the family in memory of Norma Christiansen, please visit our flower store.