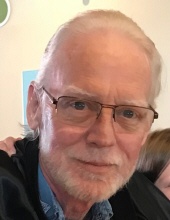 Per his wishes, cremation rites will be accorded. Schroder Mortuary is assisting the family with arrangements.

Mike was born December 23, 1955 in Silvis, the son of Richard and Betty Ohrberg Sheley. He married the love of his life, Debbie, they divorced but always remained close.
Mike worked for several companies including John Deere, East Moline Metal and Goedecke. Most recently he was employed at the Davenport Library and made great friends there.

Mike enjoyed spending time with his family and friend. He was a devoted father and a proud papa to his grandchildren. He enjoyed fast cars, riding horses and was a talented carpenter. He was a man of few words but many attributes, he will be greatly missed.

To order memorial trees or send flowers to the family in memory of Michael Sheley, please visit our flower store.