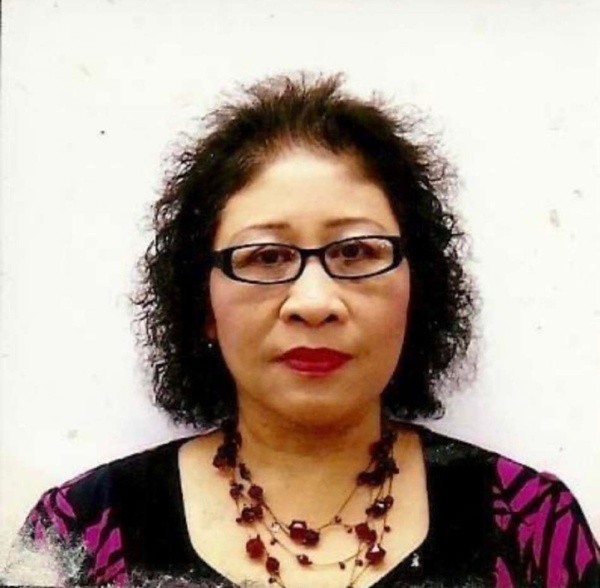 The family will hold a private service and per Lorna’s request return her to the Philippines to enter eternal rest alongside her mother and father.

Lorna was born to parents Jovito and Felicisima Lucero on September 7th,1954 in Mayngaway, San Andres, Catanduanes, Philippines. She grew up alongside 8 siblings she attended & graduated Catanduanes National High School then married Amando Jimenez and together they shared 4 children before separating. Lorna went on to earn her Bachelor's in Science and moved to the city of Olongapo to start her career.

Lorna met Sgt. Kevin Abbott in 1984 during his deployment in Olongapo as a member of the United States Marine Corps. In 1985 Kevin was deployed to Okinawa, Japan and Lorna moved shortly after to marry him. They remained in Okinawa, Japan until 1988 when they were stationed back in the United States at Camp Lejeune, in Jacksonville, North Carolina. In 1991 they settled in and made their home in Davenport, Iowa. They were married 16 years in total and welcomed 4 children together.

Lorna was a natural born nurturer and dedicated her life to caring for her children. She loved cooking and hosting parties for her family and friends although her friends and family would agree that they loved eating her famous oriental noodles and egg rolls even more. She loved to work outside in her garden and spent many hours in her yard tending to her plants. She also enjoyed spending time with her dear friend Sally and would often head out for lunch and some fun at the local casinos. She enjoyed being able to return to the Philippines and visit her family and friends and often spoke of the memories and great times she shared with her loved ones there. Becoming a grandma was her most prized title and she spent every second she could spending time with her grandchildren before suffering a devastating stroke in 2017 that left her bed ridden and a long time resident of the Good Samaritan nursing home.

She was proceeded in death by both of her parents, her infant children Gary(Philippines) Rachel Abbott and Brittney Abbott, her brother Luis Lucero (Philippines) and her son in-law Mark McKenzie (Florida).

To order memorial trees or send flowers to the family in memory of Lorna Abbott, please visit our flower store.