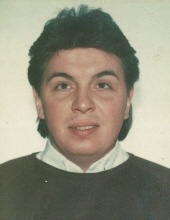 Lon Jeffrey Gamel was born in St. Louis, Missouri, son of Norvil Gamel and Doris (Canfield) Gamel on June 30, 1953. He passed away unexpectedly in Davenport on October 16, 2017.

Lon was married for a time to Laurie Foster in the mid-70s.

Lon managed several Quad Cities bars, including Lonnie's Lower Level which he co-owned with his mom, Doris. He was a licensed beautician, and also owned his own fine collectibles shop.

Although he spent the majority of his life in the Quad Cities area, Lon also lived in California, Texas, and Colorado. One of his hobbies was car ownership, having owned almost 50 cars over his lifetime (including his favorite, his 1997 Cadillac.

Lon is survived by his only sibling, Dan (Susan) Gamel, nieces Bianca, Emily and Sarah Gamel, and nephew Joshua Gamel, all of Colorado. He is also survived by many extended relatives including his Aunt Leota Reich of Festus, Missouri and many dear, dear friends, including Dorothy. He was preceded in death by both of his parents.

A memorial gathering will be held at his cousin's restaurant, Bare Bones, in Moline on October 18 at 4:00.

Lon was the inspiration behind the gratefully successful White Elephant Sale which was part of the We Care Weekend benefitting The Aids Project.

To order memorial trees or send flowers to the family in memory of Lon Gamel, please visit our flower store.