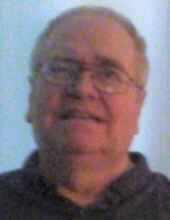 Leonard G. Eline, 69, of Davenport, IA passed away March 16, 2019 at his home under the care of his loving wife and Genesis Hospice.

A memorial mass will be held at a later date in York, PA. Burial will be in Holy Savior Cemetery in York, PA. Quad Cities Cremation Center is assisting the family with arrangements.

Leonard was born June 15, 1949 in York, PA the son of James and Ruth Kohler Eline. He graduated from York Catholic High School in 1967 and York College in 1972. He married Lucia Miller June 12, 1971 in LaPlace, LA. Leonard worked as an Insurance Underwriter for 30 years with various companies. He enjoyed sports, history, geography, reading, and spending time with his family.

Leonard was preceded in death by his parents.

To order memorial trees or send flowers to the family in memory of Leonard Eline, please visit our flower store.