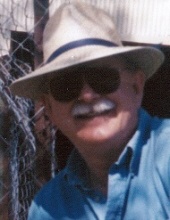 Kenneth James Pries passed quietly at home surrounded by his loving family on Saturday, May 27, 2017, after fighting an amazing battle with the rare Mantle Cell Lymphoma.

Quad Cities Cremation Center is assisting the family with arrangements.

Ken was born Nov. 20, 1942, in Davenport, and is preceded in death by his parents, Edwin Henry Pries and Margaret Elizabeth Groth Pries and his brother, Thomas Henry Pries.

He is survived by his sweetheart and partner forever more, Carol J. MangeIs. Ken also leaves behind his first wife, Barbara Gail White Pries, his daughter, Elizabeth Anne Pries Miller of St. Louis Mo., his son of Davenport, Charles Edwin Pries, and his grandchildren, Justin James Pries of Davenport, Grant Kenneth Miller of St. Louis, Zane James Miller of St. Louis and granddaughter, Montana Gail Pries Miller of St. Louis. Ken is also survived by Steven O. MangeIs of Blue Grass and his children, April, JR, Katelyn, Brady, Madison and Matthew. He also leaves behind Mark C. Mangels and Shari Renee Mangels of Blue Grass and their children, Amber, Shawna, Ryan, and deceased Brandon Tyler, all of which he loved with all his heart and gave without condition.

Ken dearly loved and leaves two of the greatest friends a guy could ever have, Dr. Steve Sorensen and H. Jack Dane, attorney. In addition Dr. Mario Sy and his entire staff.

Ken retired from Northwestern Bell Telephone in 1996 as a lineman and cable splicer. He enjoyed raising peacocks, an alpaca, guineas, chickens, goats, a jackass and various other wildlife. Ken loved participating in the Vietnamese culture and made many friends, especially Sister, and will leave many loved friends behind.

To order memorial trees or send flowers to the family in memory of Kenneth Pries, please visit our flower store.