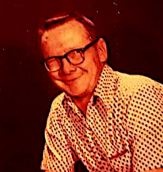 Per his wishes he will be cremated, and burial will be at a later date. Quad Cities Cremation Center in Silvis is assisting the family with arrangements.

Kenneth was born September 5, 1935 in Kewanee, IL the son of Wren and Lela (Fawcett) Hampton. He married Evelyn Fair May 1, 1965 in Chicago, IL. Kenneth served in the US Air Force during the Korean Conflict. He was a civil defense – City of Kewanee weather spotter and enjoyed junking, working puzzles, and playing on his tablet.

Kenneth was preceded in death by his parents and siblings.

To order memorial trees or send flowers to the family in memory of Kenneth Hampton Sr., please visit our flower store.