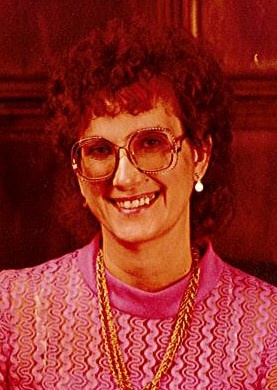 Judith A. Hodge Stepanek, 77, passed away September 29, 2021 in Iowa City, Iowa.  She was born in Ewing, Illinois to Raymond and Jewel (Martin) Hodge on February 12, 1945.  Judy was the youngest of seven siblings, all having preceded her in death.  She lived in Princeton for many years.

Judy was married to William Schramm from Princeton until he passed in 1995.  Judy then met Robert Stepanek, and they married on July 7, 2007 in Muscatine, Iowa.  Bob & Judy made their home in Muscatine until they moved to Coralville, Iowa, two years ago.

Judy is survived by her loving husband, Bob, her nephew, Bill Hullinger with his wife, Jill Swanson-Hullinger, and her great nephew, Brandon Hullinger, along with many other nieces and nephews and friends.

Judy worked for Sears as an administrative assistant and later at Freedom House as a Counseling Advisor, both in Princeton, Illinois.

Judy had a strong faith in God, and Jesus Christ was her Savior.  His conviction saw her through many illnesses and ailments throughout her life.  Judy loved to talk with people and help them with their troubles.  She loved to spread the Word of God, and she was a gifted counselor.  Judy was an optimist and was strong in her convictions.

Cremation rites followed.  Burial will be in Oakland Cemetery in Princeton at a later date.

To order memorial trees or send flowers to the family in memory of Judith Hodge Stepanek, please visit our flower store.