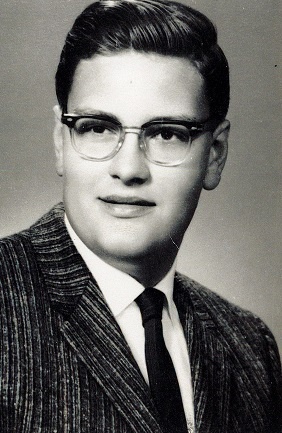 John married Patricia Franklin in Wahiawa, Hawaii., in 1969.  They had two sons, Michael and Gregory.

He enlisted in the U.S. Army in 1964.  He was an Administrative Specialist, and had tours in Taegue, Korea and Schofield Barracks, Hawaii.  He was discharged from Hawaii, as a Staff Sergeant, in 1969.

After his discharge from the Army he worked in Civil Service for various Army organizations in Logistics and Emergency Planning.  He had jobs in Missouri (St. Louis), Pennsylvania (New Cumberland Army Depot), Germany (Kaiserslautern, Nurnberg and Zweibrucken), and Virginia (Alexandria and Vint Hill Farms Station)

He was proceeded in death by his parents Wally and Harriet Pecaut, and a brother, Ronald.

To order memorial trees or send flowers to the family in memory of John W. Pecaut, please visit our flower store.