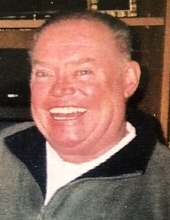 A celebration of life will be held at a later date. In lieu of flowers memorials may be made to the Colona Food Pantry. Quad Cities Cremation Center is assisting the family with arrangements.

Survivors include his daughter Amy Sayer and a sister Roberta (Jim) Holliday of Colona.

John was preceded in death by his parents and brothers Robert Myres and Ron Harrington.

To order memorial trees or send flowers to the family in memory of John Myres, please visit our flower store.