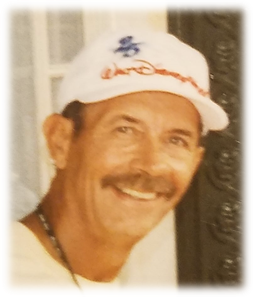 “A limb has fallen from the Family Tree that says...Grieve not for me; remember the BEST times, the laughter, the song, the good life I lived while I was strong.”

Jim was called Home, on his terms, on Tuesday, August 17th from his home in Davenport after extended health issues.  He was preceded in death by both parents: Clyde Walter Short, father & mother, Josephine Deverwaere.

On Friday, September 3rd, we will gather before 2pm at parking lot of Schroder Mortuary, 701 1st Ave, Silvis, IL 61282 with procession leading to Rock Island Arsenal Cemetery with Military Funeral Honors starting promptly 2:30 p.m.  After the ceremony, we'd like to gather at a place “yet to be determined” to remember the good times we all shared with Jim.

Jim was an experienced sportsman, fisherman & shooter who hunted antelope in Wyoming, and deer, duck & turkey in Iowa on a wildlife refuge along the Wapsipinicon River.  He worked and skied the Colorado mountains, taught his siblings, children, nieces, and nephews about living off the land & waters.  He believed things his father taught him helped him survive the Vietnam War. One Citation stated Jim “displayed outstanding professionalism and initiative despite extremely adverse conditions and the difficulties of a combat environment.  Distinguishing himself by his consistently high level of efficiency, he materially enhanced the operational effectiveness and combat readiness of his unit.  Exhibiting exceptional  professional ability, he designed and constructed a motor vehicle repair facility and lubrication rack which greatly enhanced his section's maintenance support capability........He worked tirelessly to rebuild and repaint his detachment's motor vehicles thereby ensuring reliable transportation for the brigade.  As a result of his diligence and seemingly unlimited resourcefulness, he gained the respect and admiration of all who observed him”  Authorized to wear Combat “V”, Jim held rank of Lance Corporal with an Honorary discharge, National Defense Service Medal, Vietnam Campaign & Service Medals, Good Contact Medal and Medal of Valor.

Returning to the States, he attended university but becoming a Journeyman Carpenter brought him to Trade in framing & finish carpentry on many commercial & residential buildings in several states between Colorado and Pennsylvania.  He was known for his beautiful finish work on stairways, fireplace mantels and some furniture pieces he made for family.

In addition to his carpentry skills, he was an accomplished gardener (“Wanna Be Farmer”, in his words) who created a strawberry patch that was the envy of the neighborhood & delight of the children who picked their bounty.  He planted many deciduous, coniferous & fruit trees (along with some coffee cups since he ALWAYS seemed to lose them while working.)   His wit was keen at the darnedest moments.....during times we'd be looking around for something, Jim would holler “Here....it isn't!”  and when he'd make a mistake, look up & smile “how'd I do?”  When someone would tell Jim their troubles, he would listen and remind them that they were strong and “the best revenge, is happiness!”

To order memorial trees or send flowers to the family in memory of Jim Short, please visit our flower store.