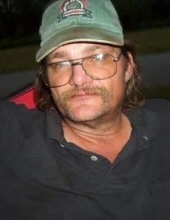 Per his wishes he will be cremated and services will be private. Quad Cities Cremation Center is assisting the family with arrangements.

Jeffrey was born March 27, 1962 in Moline IL the son of Frederic and Margaret Jane Morgan. He served in the U.S. Marine Corp and worked as a truck driver. Jeffery was a Master Mason and past master of Rock Island Lodge #658 & London Lodge #848, he enjoyed collecting and trading model trains, camping, auto racing, and was a die hard CUBS fan.

Jeffrey was preceded in death by his father and a grandson.

To order memorial trees or send flowers to the family in memory of Jeffrey Morgan, please visit our flower store.