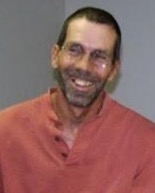 He was born June 15, 1958, to Theodore and Margaret (Ostrander) Cranick in Lapeer, Michigan. He became a proud big brother to sisters Jill and Jennifer shortly after. Jeff had an independent and wandering spirit, but always made it back home on his own time, usually just as the big dinner was served. He was a devoted son, a loyal brother, but most of all, he was the best Uncle. Countless memories of piling onto chairs together, laughing while playing games or out in the snow, and telling people they were “number one” fill their hearts with joy in this time of sorrow.

His love of family was surpassed only by his love of bass fishing. Competing in several amateur tournaments throughout the Midwest landed him on the podium or with big bass honors often. There was no happier Jeff than one that had a line in the water and fish on the hook.

Jeff was preceded in death by his loving parents, Ted and Peg, and several uncles, including his lifelong fishing partner, Uncle Charles.

Jeff’s physical body will be cremated, but his deep love of family and bassmaster spirit carry on in every gathering, wet line or hookset. Memorial services in Illinois and in Michigan will be planned for the end of the year.

To order memorial trees or send flowers to the family in memory of Jeffery E Cranick, please visit our flower store.