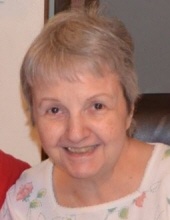 Per her wishes, she was cremated and family will celebrate her life at a later date.

Jeanne was born November 16, 1947, in Keokuk, IA, the daughter of Howard and Charlyne Hardesty Wood.She graduated from Keokuk High School in 1966. On June 12, 1966, she married Robert Bryant at Immanuel Lutheran Church, Carthage, IL. Jeanne was a homemaker and enjoyed spending time with her children and grandchildren.

Jeanne was preceded in death by her parents, sister Martha Beeler and brother in law Gerald Beeler.

To order memorial trees or send flowers to the family in memory of Jeanne Bryant, please visit our flower store.