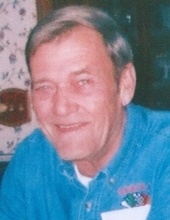 Per his wishes there will be no services and cremation rites will be accorded. Quad Cities Cremation Center is assisting the family with arrangements.

James was born Feb. 16, 1936 in Silvis, IL the son of Henry W. and Elizabeth Reese Tumlinson. He married Harryet Clegg Nov. 27, 1964 in Hulbert, MI. She preceded him in death on Jan. 6, 2017. James served in the Air Force from 1954-1964. He worked as a welder at John Deere retiring in 1997 after 33 years. After his retirement James enjoyed bartending at Garretts Track Inn in Carbon Cliff and driving for the Greater Quad Cities Auto Auction. James also enjoyed golfing and traveling to Florida in his motor home for the winter.

James is now with his loving wife Harryet, his parents and other loved ones.

To order memorial trees or send flowers to the family in memory of James Tomlinson, please visit our flower store.