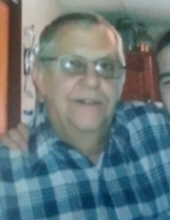 A memorial service will be 11am Saturday July 15, 2017 at New Life Baptist Church in Davenport with time for fellowship to follow. Memorials may be made to the family.

James was preceded in death by his parents and his wife Connie.

To order memorial trees or send flowers to the family in memory of James Nicholas, please visit our flower store.