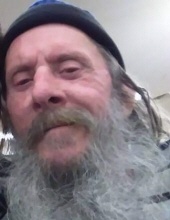 A memorial service will be held at a later date. Quad Cities Cremation Center is assisting the family with arrangements.

Howard was born June 19, 1955 in Moline, IL the son of Lionel and Ruth Miller Cantrell. He worked at Quad City Pools as an installer, Blackhawk Foundry and was also self-employed as a roofer. Howard enjoyed fishing, making his own lures, camping, being outdoors, watching football and spending time with his family.

Howard was preceded in death by his parents and a niece Valerie Marie Cantrell.

To order memorial trees or send flowers to the family in memory of Howard Cantrell, please visit our flower store.