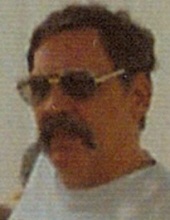 Per his wishes there will be no services. Quad Cities Cremation Center is assisting the family with arrangements.

Glen was born February 8, 1952 in Davenport, IA the son of Milo and Wilma Kemper Duke. He married Susan Burk May 31, 1996 in Rock Island. Glen retired in 2014 from Quad City Policy Group as a mechanic. He was an avid model railroader.

Glen was preceded in death by his father and a brother.

To order memorial trees or send flowers to the family in memory of Glen Duke, please visit our flower store.