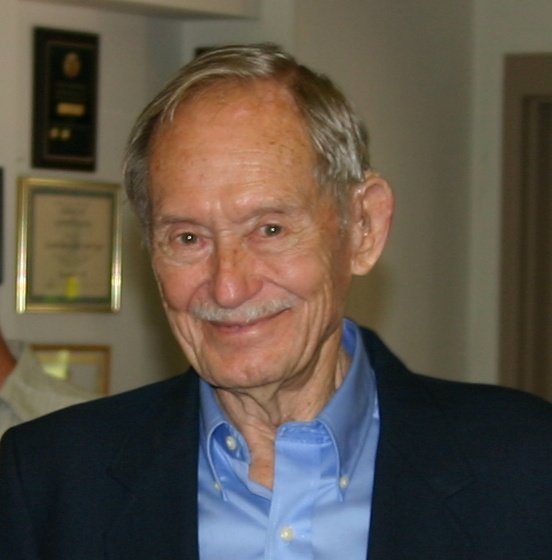 Doris Anson “Dan” Newby passed away peacefully at age 99 on March 2, 2020 surrounded by his loving family at his home at Park Vista Retirement Community in East Moline.

Dan was born November 19, 1920 in Greenville, IL, the son of Dallas and Nancy Moore Newby. He married Doris J (Jeanne) Gwyn September 12, 1941 in Reno, IL. He was a flight instructor and navigator on the Superfortress B-29 in the Army Air Corps during WWII and attended Michigan State University after the war, receiving a degree in forestry.

A kind and gentle man, Dan thought for himself, never following the crowd. He wanted to enjoy his retirement living among the mountains and forests he loved, so he and Jeanne moved to North Carolina from their home in Davenport, Iowa in 1991, where they made many close friends. They returned to the Midwest to be closer to family in their later years. With his love of nature, Dan spent his time hiking, gardening, and teaching his children and many grandchildren about the wonders of our natural environment.

Per his wishes he was cremated and there will be no funeral services. A memorial service will be announced in April. Quad Cities Cremation Center is assisting the family with arrangements.

To order memorial trees or send flowers to the family in memory of Doris Newby, please visit our flower store.