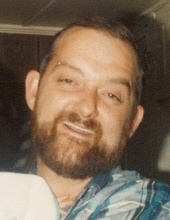 A memorial visitation will be held 4-7pm Sunday June 11 at the Milan American Legion. Memorials may be made to the 160 Truck Driving School. Quad Cities Cremation Center is assisting the family with arrangements.

David was born Nov. 7, 1951 in Moline, IL the son of Roy and Eva Terrill Linder. He married Jill Hamilton "Sweetie" Aug. 1, 1970 in Milan, IL. He served in the Army during Vietnam. David was a truck driver for Eagle Foods for 27 ½ years and later retired from Qwest Liner in Blue Grass, IA. He was a union steward at the Local 371 and enjoyed woodworking, camping, Harley Davidson, and loved watching John Wayne movies and WWE.

David was preceded in death by his parents.

To order memorial trees or send flowers to the family in memory of David Linder, please visit our flower store.