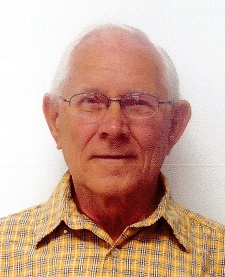 Dale Laban Skinner, Princeton, Iowa was born January 15, 1936 to Laban and Viola (Olson) Skinner on a cold blustery night on the family farm in Northeast Iowa.. The family moved to Fayette Iowa in 1947 where he graduated from high school. It was there that he met Maxine Cousins, his high school sweetheart and love of his life. They were married in 1955 and had five beautiful children: Mary (Pete) Baxter of Boston U.K., Brenda (Brad) Steinmann of Tennessee, David (Cammy, he loved her like a daughter) Skinner, Diana Skinner of LeClaire, Iowa and Timothy Skinner (deceased at birth). He also had seven beautiful grandchildren and nine beautiful grandchildren.

He graduated from Iowa State University in 1959 with a degree in Mechanical Engineering and received Masters degree in 1975. He worked at Rock Island Arsenal in Weapons Development and later at MidAmerican Energy in Power Plant Construction, retiring in 1986. He was able to pursue his lifelong love of Art. While he loved to paint, he was unknown in the art world. He was a champion of under-appreciated artists. His web site featured his art and showcased the art of other artists that had no representation on the internet.

He fought the last few months of his life with courage, grace and dignity. There will be no service and the body will be cremated. A family memorial is planned for a later date.

Dale is survived by his loving wife of 65 years Maxine: children,

He was preceded in death by his parents, a brother Kenneth and infant child, Timothy.

"Life and death are two sides of the same coin. Through death, life springs. Wish me luck on my new adventure!"

To order memorial trees or send flowers to the family in memory of Dale Skinner, please visit our flower store.