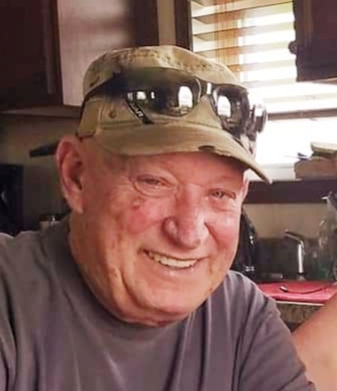 Surviving are his son Jeff, Vilma (wife) & granddaughter, Andrea who has been a special blessing in Bud's life! Also brothers Randy (Preemption, IL), Kurt & Karl (Davenport, IA) and sister Jeannie Schroeder-Short (Moline, IL) as well as many extended family: aunts, uncles, cousins and friends who have been great support during this time.

He worked for AT&T for several years and was a Union Rep in Florida at one time. He moved back into the Quad City area in the 80's and went into sales for the auto industry as well as communications.

One of Bud's accomplishments was writing 'It Changes You' at sixty-two. The following is a Bio on the book's website:“When asked why he waited until later in life to start writing, he gave two reasons. "I had to retire to find the time and I always thought that it would be fruitless without a college degree." The former turned out to be accurate while the latter, not so much. While he took a couple of classes in junior college to find out how to self-publish a book, fifteen years with the phone company and twenty odd years of selling gave him an unparalleled education. "Writing, to me, is a lot like being an artist in that you are creating something from nothing, especially in fiction." Bud's book is a labor of love and intended to provide entertainment to its readers, nothing more. While commercial success would be great, it was never the imputes for writing it. Most of the characters in this book were modeled after people he'd met in his lifetime, but the story is all Bud's. He's dedicating this to his brother, Randy who's always been his life's hero.”

Bud was a successful organ donor to Gift of Hope & will be cremated. Our family will gather at a later date to share life, family, music & fishing stores in remembrance of Bud at brother, Randy's farm.

To order memorial trees or send flowers to the family in memory of Charles Schroeder, please visit our flower store.