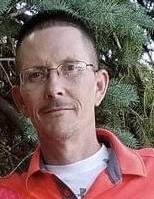 Brian was born on November 4, 1974 to Joyce and Dean Schurke. He enjoyed sports, fishing at his home on the river and especially dirt track racing. He was an avid Chicago Cubs and Green Bay Packers fan. His children were his greatest accomplishment, and he never missed a moment to share a picture or talk about his grandchildren.

Per his wishes, cremation will take place and a celebration of life will be held at a later date.

To order memorial trees or send flowers to the family in memory of Brian Linville, please visit our flower store.