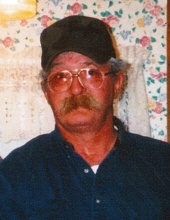 Graveside service will be Monday 1pm at the Rock Island National Cemetery.
Those wishing to attend should meet at Schroder Mortuary, Silvis at 12:15.

Cremation Rites have been accorded by Quad Cities Cremation Center.

Arthur was born March 28, 1952 in Moline, IL the son of Harold and Carolyn Smoot Evins. He served in the Army during Viet Nam. Arthur worked at Reynolds Engineering as a fork truck driver and enjoyed fishing, boating and spending time with his 2 dogs and his family.

Survivors include his children Stacie Evins of Davenport and Jesse Evins of Muscatine; 6 grandchildren; sister Wanda Evins of Rock Island and a brother James Evins of Andalusia.

Arthur was preceded in death by his parents and a brother Floyd.

To order memorial trees or send flowers to the family in memory of Arthur Evins, please visit our flower store.