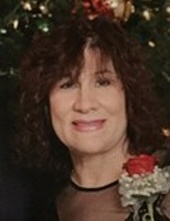 Angie Park left this earth on May 28th, 2019 under the care of Clarissa C. Cook Hospice House, Bettendorf, IA. She was ushered into her new life by her loving family and friends.

She was born Angele Marie Reed to Paul and Geraldine Reed on November 28th, 1960 in Muscatine, IA. Later the family moved to Davenport, IA where she graduated from Central H.S. Angie was a Brownie, Girl Scout, played Dad's Club Softball, and Volleyball for Davenport Central. She attended UNI in Cedar Rapids and Muscatine Community College, where she graduated with an Associate Degree in Office Technology, and attended the Institute of Therapeutic Massage in Davenport. Angie worked as a nanny in D.C. in high school, was a teacher at the Children's Achievement Center, and a secretary in 1984 for KSTT in Davenport. She was delighted to have concert tickets to see: Rolling Stones, Michael Jackson, The Eagles, Peter Frampton, Chicago, The Beach Boys, and her favorite Elton John. Angie managed the GNC store in Bettendorf, IA and later had her own Healing Hands for Health Massage Therapy Business in Muscatine, IA. She was once voted best message therapist. Her last job was working at Metro Lab as a Phlebotomist.

She enjoyed spending time with her children, special moments with her grandchildren, partying with her friends, listening to music, and walking her dogs: Millie and Molly. Her beautiful smile will be missed by all who knew her.

Angie was preceded in death by her father Paul Reed.

A Celebration of Life will be held at the Unitarian Church in Davenport, IA on June 29th at 2 p.m. In lieu of flowers, memorials may be made to the American Cancer Society.

To order memorial trees or send flowers to the family in memory of Angie Park, please visit our flower store.